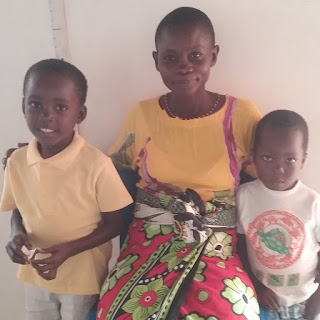 Three boys whose lives have been blighted by sadness and loss have come home to Happy House.

Brothers Brian  and Nickson Ali Makotsi have been living in the care of an aunt since their dad died last December.
Their mum suffers from mental health problems and has been admitted to a psychiatric hospital in Mombasa.
Their Aunt Eunice, a widow, has seven children of her own and struggles to make ends meet.
Her eldest son has made it to university in Nairobi, thanks to public funding, but had been sent home to purchase a laptop, Eunice went begging to but the laptop but was unable to stretch to the amount needed for his fare back to Nairobi. 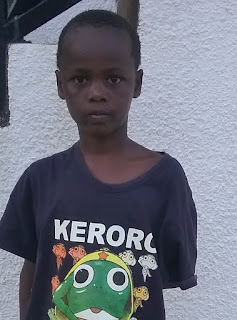 Being the sole breadwinner for her own family, plus Brian, 6, and Nickson, four, and their elder brother has driven her to breaking point. The older brother, who is in form 2 secondary, has recently dropped out of school because there were no fees.
Brian and Nickson are now in our care and Mama has provided Eunice with the fare for her son to get back to university to continue his accountancy studies.
Ten year old Khalid Ali Muhammed was referred by the Child Protection centre after being dumped in Malindi by an aunt who had previously taken him into her care and moved with him to Mombasa.
The case was reported to the police who are trying to trace his family members. Sadly, he had been temporarily accommodated in a remand centre along with young people in conflict with the law.
Mama offered Khalid a home with our Happy House family until his case is resolved.
And for all three boys, Happy House is their home for as a long as they need it.
We desperately need more sponsors for our Happy House kids and those, from the local community,from abject poverty, on free places in our school. It costs £20 a month to change a child's life - and your own - forever. Please email elizabethgomm@childrenofwatamu.net
for details.

Posted by Children of Watamu at 08:38