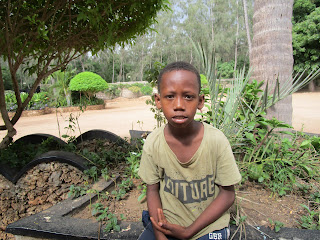 A bundle of energy, Saidi was just three years old when he came to Happy House in 2013. He joined his sister Rukia who had been in our care since 2010. The children were in the care of their grandmother who was not able to look after them or to send them to school. Safe at Happy House both children have flourished and Saidi has discovered a talent for making people laugh. When the children performed a version of The Three Little Pigs, Saidi was cast in the role of the Big Bad Wolf and had everyone laughing!

Posted by Children of Watamu at 07:00