Lots of good wishes to Chloe Groves and Kate Beer as they set off on their Three Peaks challenge tomorrow.
Chloe, who is in Said's sponsor family, and her friend Kate plan to scale the three highest peaks in the UK in 24 hours in massive effort to raise money for the Happy House. 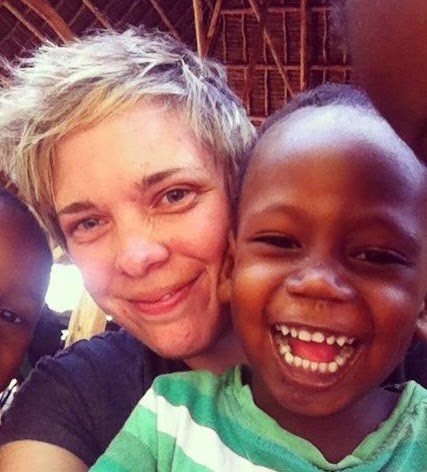 The National Three Peaks Challenge is an event in which we will both attempt to climb the highest mountains of Scotland, England and Wales within 24 hours.
Chloe said: " We will climb each peak in turn, and will be driven from the foot of one mountain to the next. "
The total distance they will walk is estimated at 42/43 kilometres (26/27 miles) with a total ascent of 9,800 feet.

The highest of the three mountains is Ben Nevis in Scotland with an elevation of 1344m above sea level. Second in the challenge is Scafell Pike in the Lake District at 978m this is the lowest summit of the three. Finally, they will reach Snowdon in Wales, with an elevation of 1085m. Good luck girls. We know you can do it!
* If you would like to make a donation to their fundraising you can do so online at  http://www.justgiving.com/Chloe-Groves-Kate-Beer

This week sees the birthday of Mercy Changawa who was presented with a gift by Auntie Rose at Kidz Club. Happy birthday, Mercy.
Posted by Children of Watamu at 02:00