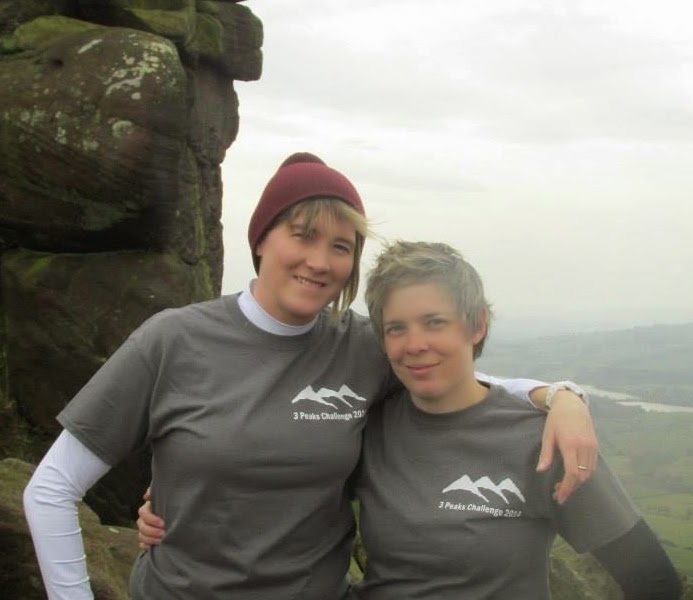 Conquering Britain’s three highest peaks in 24 hours is the tall order Chloe Groves and Kate Beer women have set themselves.
Chloe and Kate  are taking part in the Three Peaks Challenge on May 10 in a bid to raise money for our Happy House.
Chloe,25, who works for the County Sports Partnership - Sport Across Staffordshire and Stoke-on-Trent as a Satellite Club Links Officer and Kate, 29, a sports development officer for Stafford Borough Council, are in training for their toughest challenge which will see them trekking up the three highest mountains in Scotland, England and Wales in 24 hours in May.
Chloe said: “The total distance walked is estimated at 42/43 kilometres (26/27 miles) with a total ascent of 9,800 feet. The highest of the three mountains is Ben Nevis in Scotland with an elevation of 1344m above sea level. Second in the challenge is Scafell Pike in the Lake District at 978m - the lowest summit of the three. Finally, we will reach Snowdon in Wales, with an elevation of 1085m.” Chloe, who is in Said's sponsor family,  and Kate are spurred on by  our family. “The Happy House is a Charity close to our hearts,” said Chloe.“I have been involved with fundraising for a long time along with my family and recently started to sponsor Said.
“I was lucky enough to go out there last month and to get to know him a little bit.
"I am looking to motivate others to get involved and to raise some money, and I know that every penny will go directly where it is intended to helping the children."
You can support Chloe and Kate’s challenge by making a donation online at
http://www.justgiving.com/Chloe-Groves-Kate-Beer

Posted by Children of Watamu at 02:00