My sporting journey - by Janet 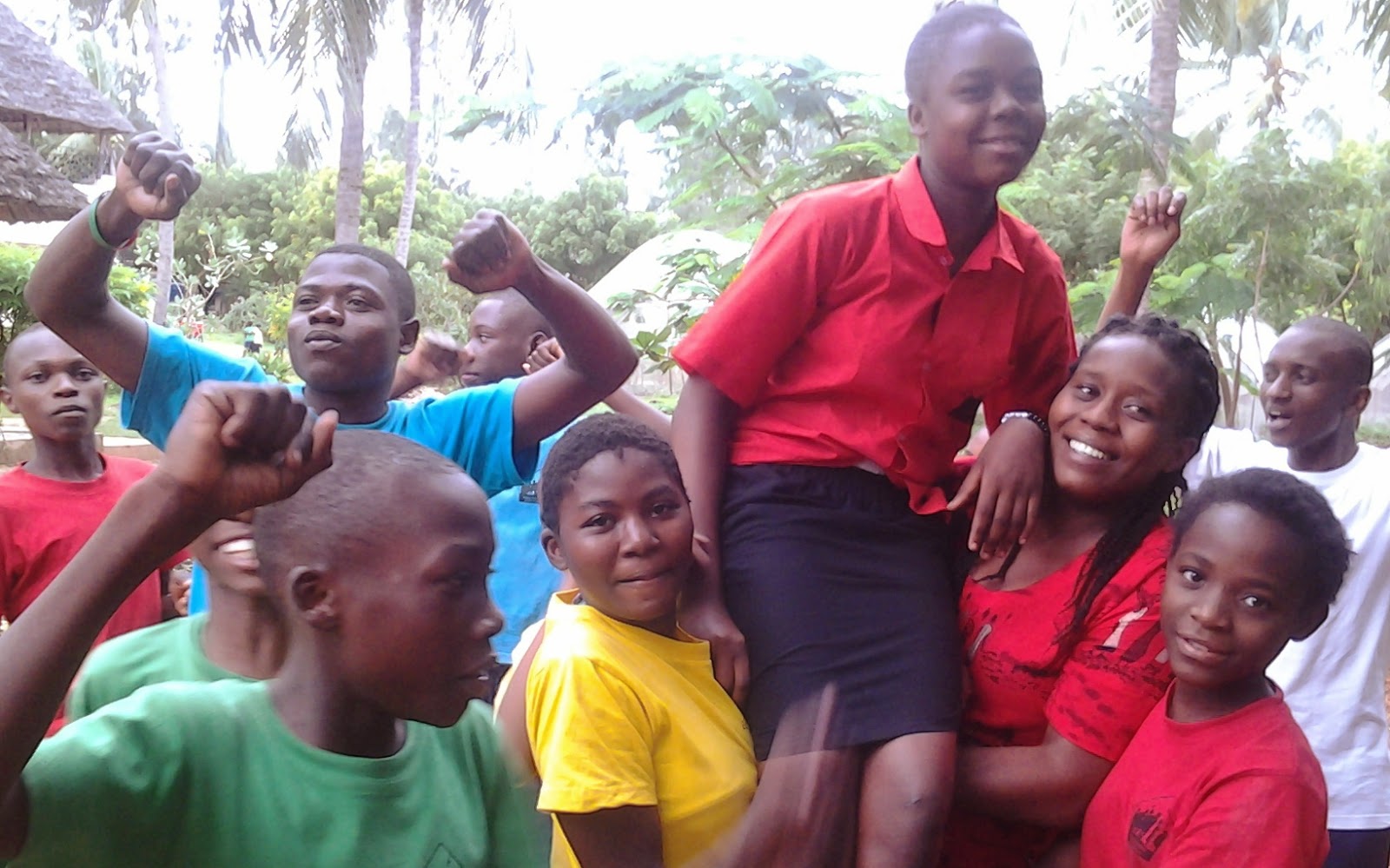 way she qualified for the inter-county zonal athletics contest which took place in Mombasa this week:

It was on a Friday that  we went for games at Gede for athletics. So many schools came for the competition and Happy House was also among the schools.
The activities were to begin at half past ten when all the teachers from other schools went for a meeting so that the activities would start on time. As soon as the teachers had finished the meeting and  the events started immediately.
We started with the long races and the third race was 100metres in which I was participating. Before going for the race Happy House pupils started cheering and I gave myself courage saying that I CAN do it.
Each school had to provide one participant, in total all the schools were eight.
I went to the starting point where the race would begin and waited patiently for the race to start. When we were all there, the teacher in charge blew the whistle and then we began.  I finished to realize that I was position two, I felt so proud of myself.
The other activity that I participated was Relay this race even the other schools were surprised because it involves 4 participants per team and we had mingle with other schools to form Watamu cluster.
Our team was Mercy (Happy House), Twahiba (Happy House), Mercy from our nearby school Wings of Mercy and I.
The surprise is that when the race started our team was left behind and yet we finished the first. We were all selected to go for zonal on Wednesday June 4, when they would choose who would go on to Mombsa.
That we were selceted is something that makes you wonder,  Why is there is no boy who was selected? What shame for boys!
And that’s why we have