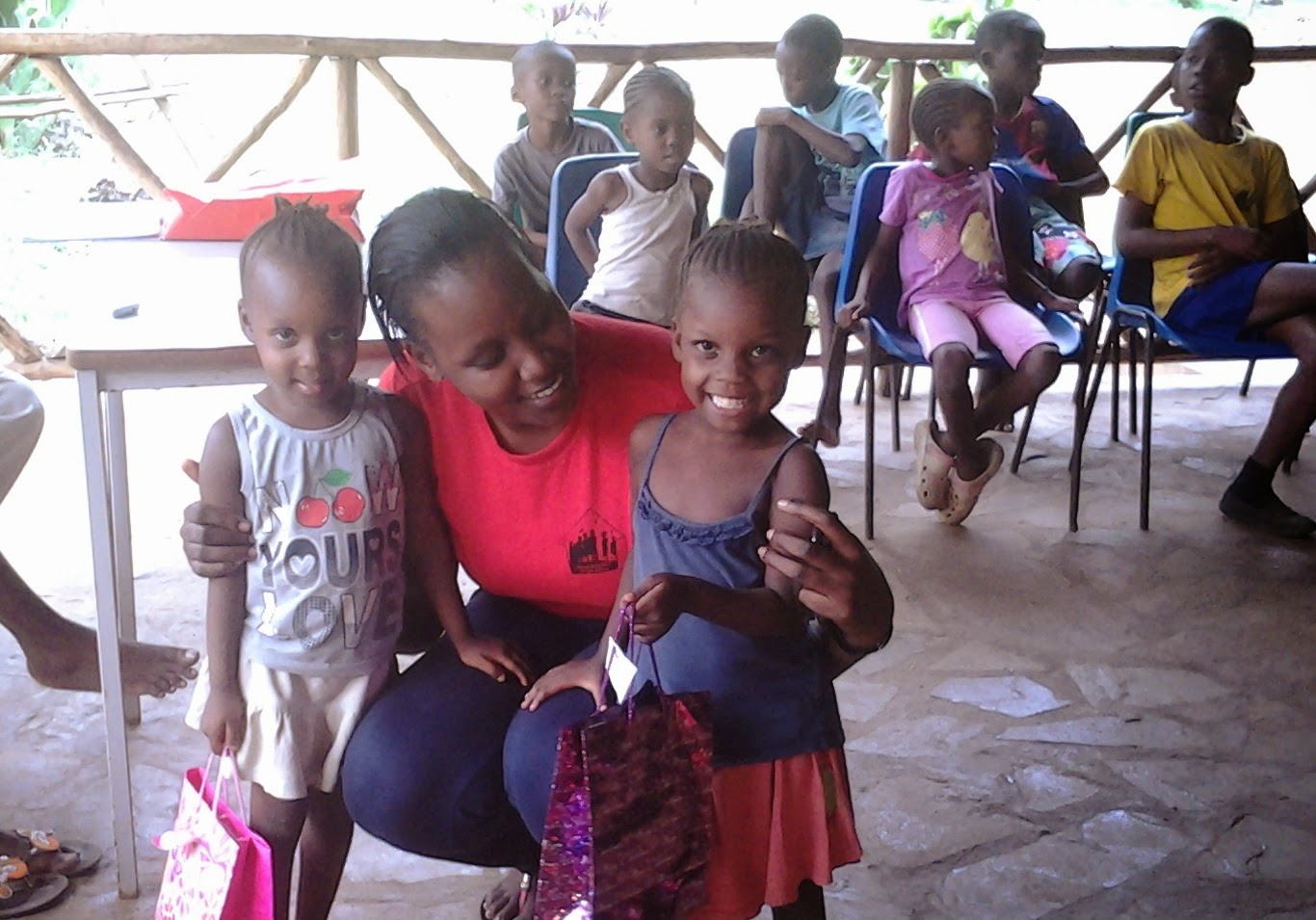 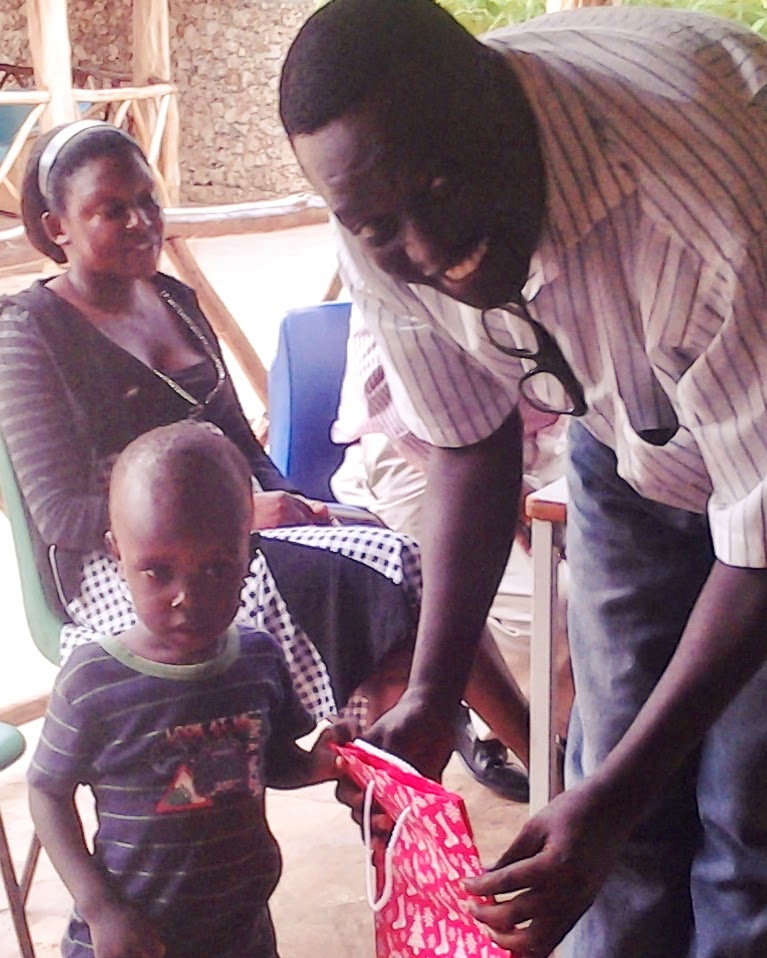 Mama and Papa, but the  soon smiles appeared when the little ones started singing Butterfly, and flapping their "wings", followed by Mama's favourite hymn Running Over. 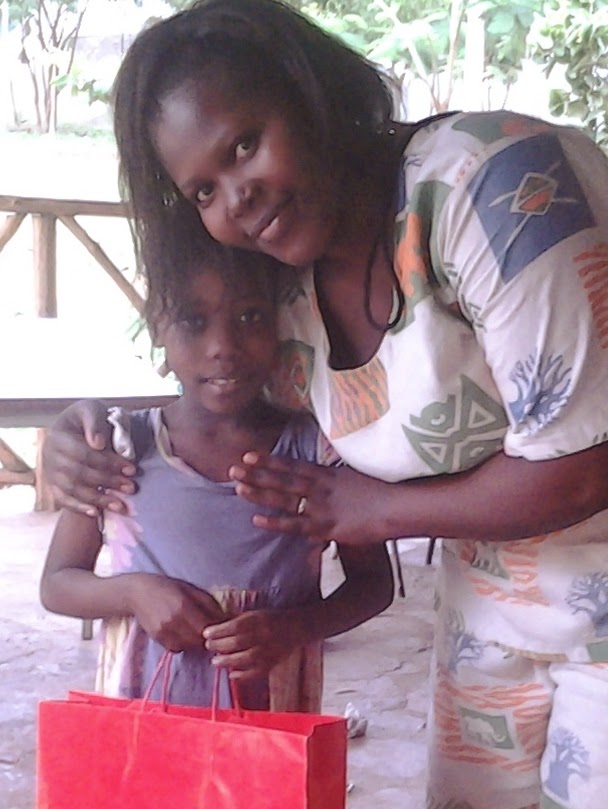 Four birthdays were celebrated with Madam Milka, Aunty Esther and Uncle Isaac taking on the honour of presenting the birthday gifts to Brian, twins Saumu and Pendo and to Fatuma Nguma.
Uncle Billy says: "As is our family tradition ,issues on discipline,academic excellence and being a responsible team player were emphasised. 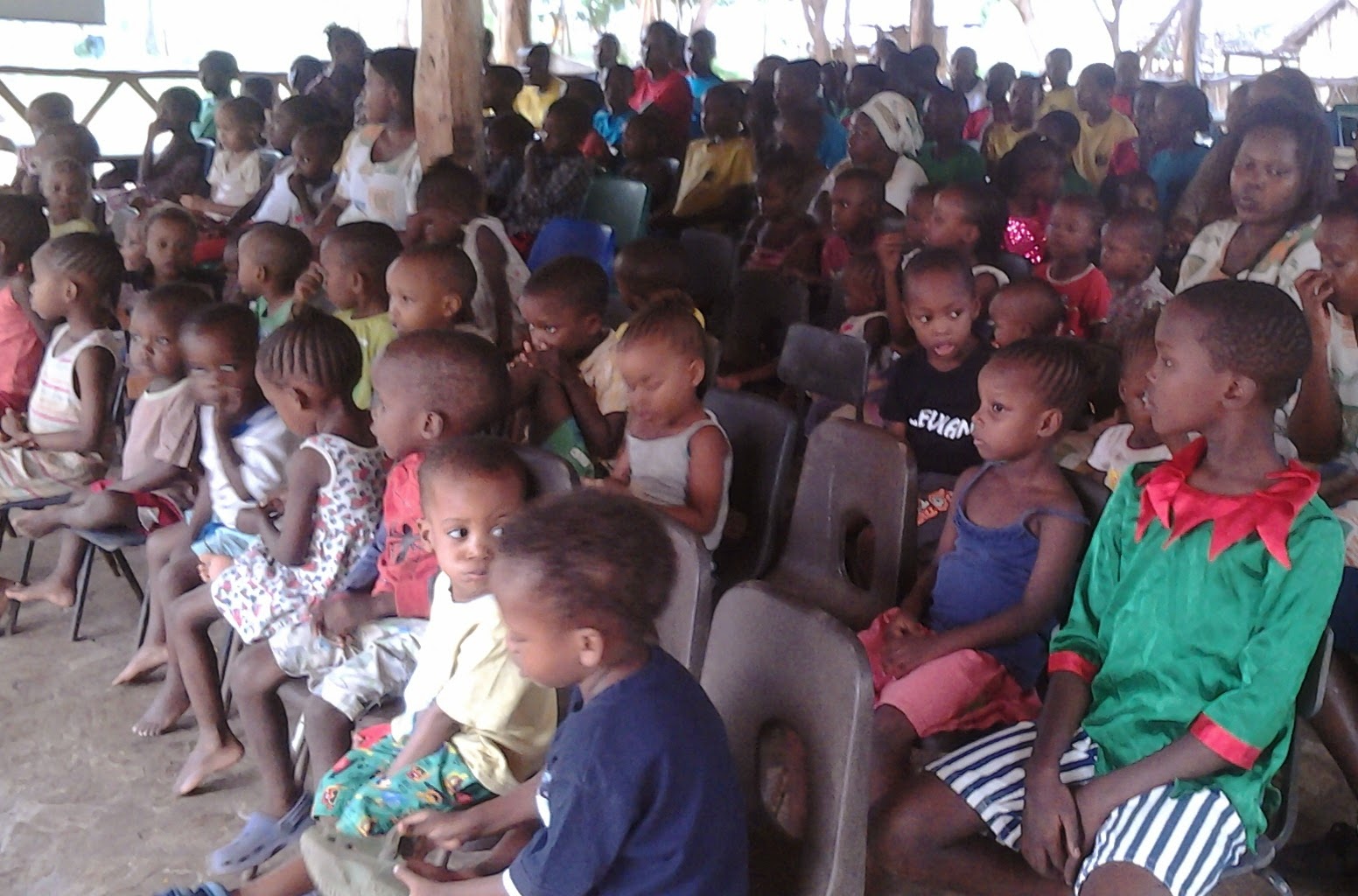 Above all the family agreed to take care of each other and also to to look after all the lovely things they have around them thanls to the generosity and sacrifices made by those who support us financially or  and in other ways.
The meeting ended with a song where everybody went home full of hope for the future."
Pictures: Top left: Saumu and Pendo with Madam Milka and (bleow) Auntie Esther with Fatuma. Top left:  Uncle Isaac with birthday boy Brian.

Posted by Children of Watamu at 02:00