A school trip to Mombasa 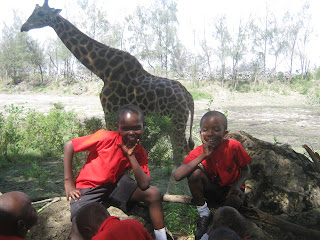 There was a real adventure in store when the Happy House school went on an outing to Mombasa.
Haller Park, a nature park created from a former limestone quarry, was the destination and there was so much there for them to see and do and learn.
But in a special blog we take you on the trip as seen through the eyes of some of our kids. 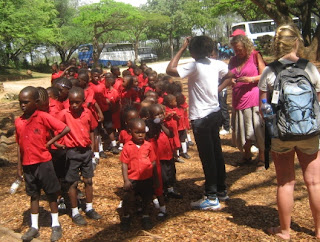 Shakila begins: It was a very bright morning, our teachers told is that we go to assembly and that we have a trip. We were all happy and cheering. The teacher who was announcing she told us that ‘I know that you are very happy but listen to what I am saying’, so everybody was quiet and listening.
Jane writes: We went to Haller pack and we see the animals. And in Kenya we have three types of giraffe and we see antelope and monkey, fish, crocodile, snakes!
All Happy House kids, they was happy
We enjoy the trip and we had good time
We went on the bus from Malindi high school 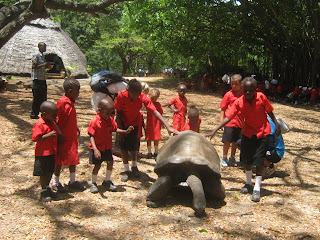 Now Janet takes up the story: The trip was well organized, we started our safari well
We started our journey at half past seven o’clock, on the way we sang happily as we go .
Madam Rose told us when we see policeman or woman we sing the National Anthem! 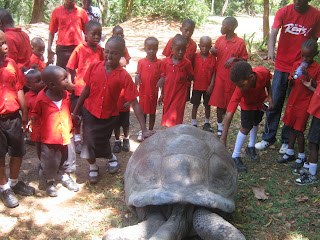 We arrived at the Haller Park at quarter to Twelve o’clock .Many schools came and between all the schools Happy House was the best school.
We behave well and all the teachers from different schools were pleased with us. Before we left were  divided into groups so, when we arrive there everybody stood according to their groups waiting
Our game ranger was called Rama. He took us round the park and  he explain for us . We understood him also we asked so many questions
And I’m going to describe one animal which is the giraffe.
He said there are three types of giraffe but in Haller Park we saw African wild giraffe. Also giraffe is the tallest animal in the world. The giraffe reproduce while standing
After that we went to have our lunch well and we enjoyed ourselves.We came back home  singing happily.’’
Now from Jedida:  We saw valleys  and hills as we went in a bus… the bus was so good.
At Haller Park we saw a cobra snake and fish, green mamba. 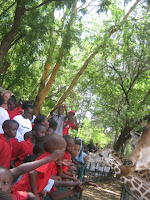 We drink milk and eat biscuit  after that we went to Mama Ngina park for lunch after then we came home.” 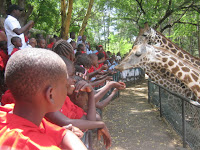 Mercy completes the picture:  Our teachers they organize for ruse to go for a small trip to Mombssa Haller Park. We move here 7.30 with a big bus from Malindi High School.We sang so many songs we soon  reach  Arabuko Sokoke forest went and pass the first bridge in Kilifi we went and pass another bridge in Mombasa. When we rach Haller Park we move from the bus and we rest a little but after resting were make two line for the primary kids and for the nursery kids.  A lady came and count us and she told us we can walk round the park to see the animals.

The  first animal lwe see was the tortoise there are 12 of them .
The teachers told us to go for our groups because we don’t lose one another the big ones caught the small ones hands.
We saw the giraffes and we feed them and they can grow or six meters."
*Pictures by Margaret, who is becoming a very accomplished snapper!