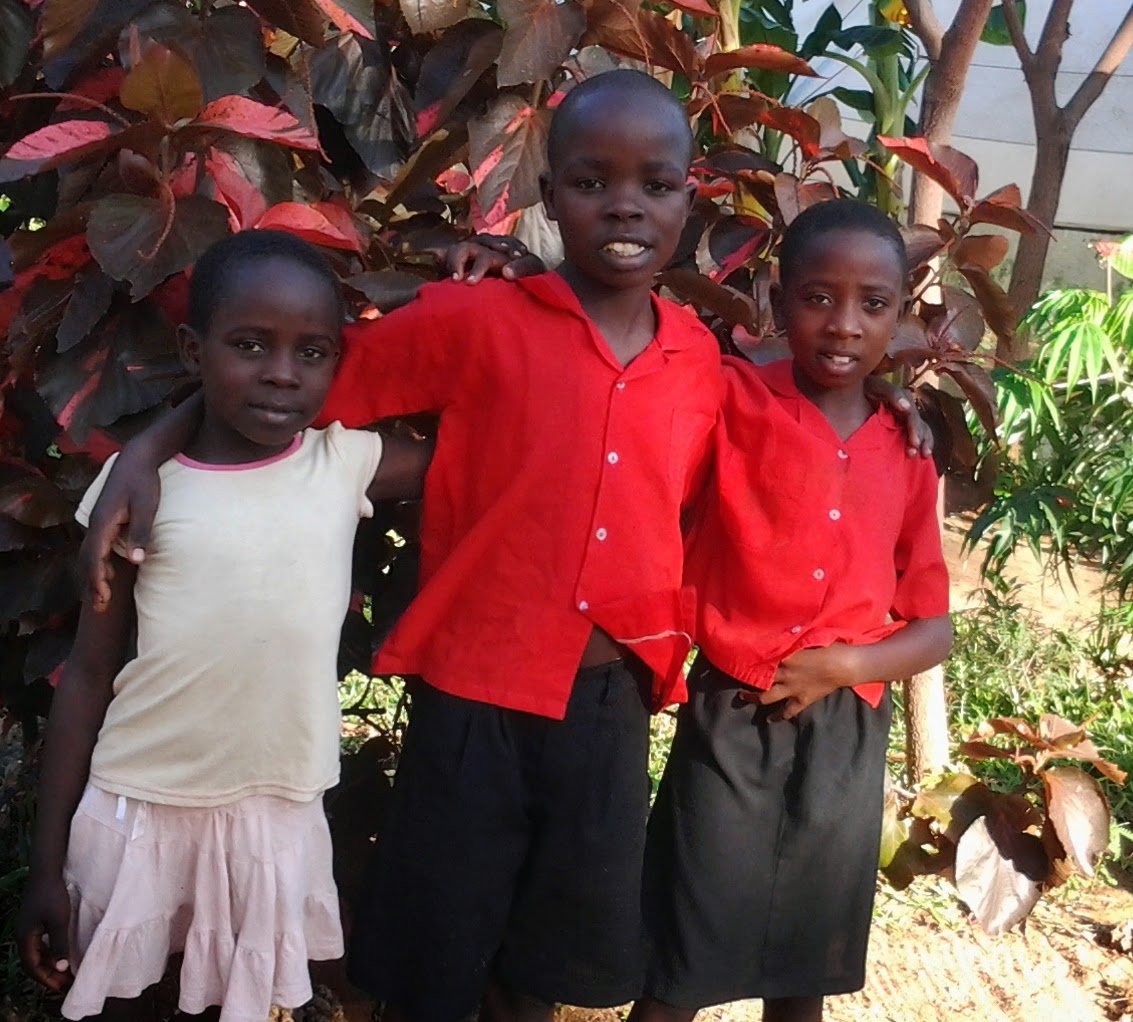 Family reunited. The two little sisters who came to our family last week have now been joined by their older brother Derrick.

Jacinta, seven, Florence, six,  and Derrick,14  were living with their grandmother, who was trying to bring up six grandchildren on her own in her run down home made of mud and wattle.
The two little girls were deemed to be vulnerable and in need of care, and were brought to Happy House, while their brother Derrick, already in our school as one of our Dr Danwata Scholarship students, remained with his grandmother and cousins.
But Mama has never been happy about splitting families, and asked Derrick if he would like to come to Happy House as a 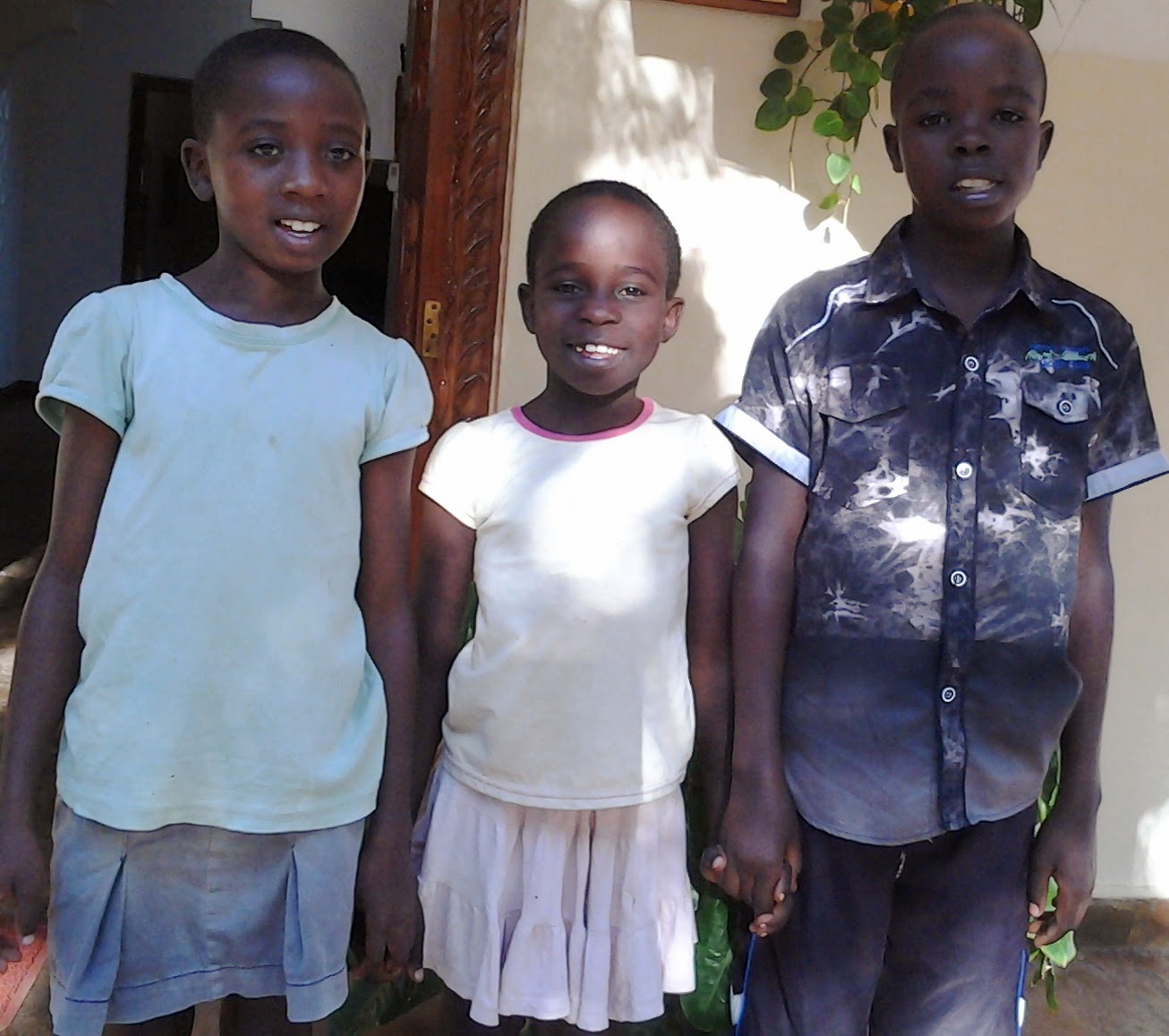 member of our family - making life easier for his grandmother at the same time.
Mama, who talked to Derrick via Skype, said: "He didn't need so much as a minute to think about it. It was a  "Yes" straight away.
"I never like the thought of splitting families and he should be at home with his sisters. "When we brought them home, Derrick went to Uncle Billy's office to ask him to say thank you to Mama."
The three children, whose father vanished after post-election troubles in  2008/09 and whose mother left them with their grandmother to go to Nairobi four years ago and hasn't been seen or heard of since, now have a chance to grow up together in the loving and stable environment of our Happy House, while their grandmother, relieved of some of her burden of responsibility, can to visit when she can.
Posted by Children of Watamu at 05:30