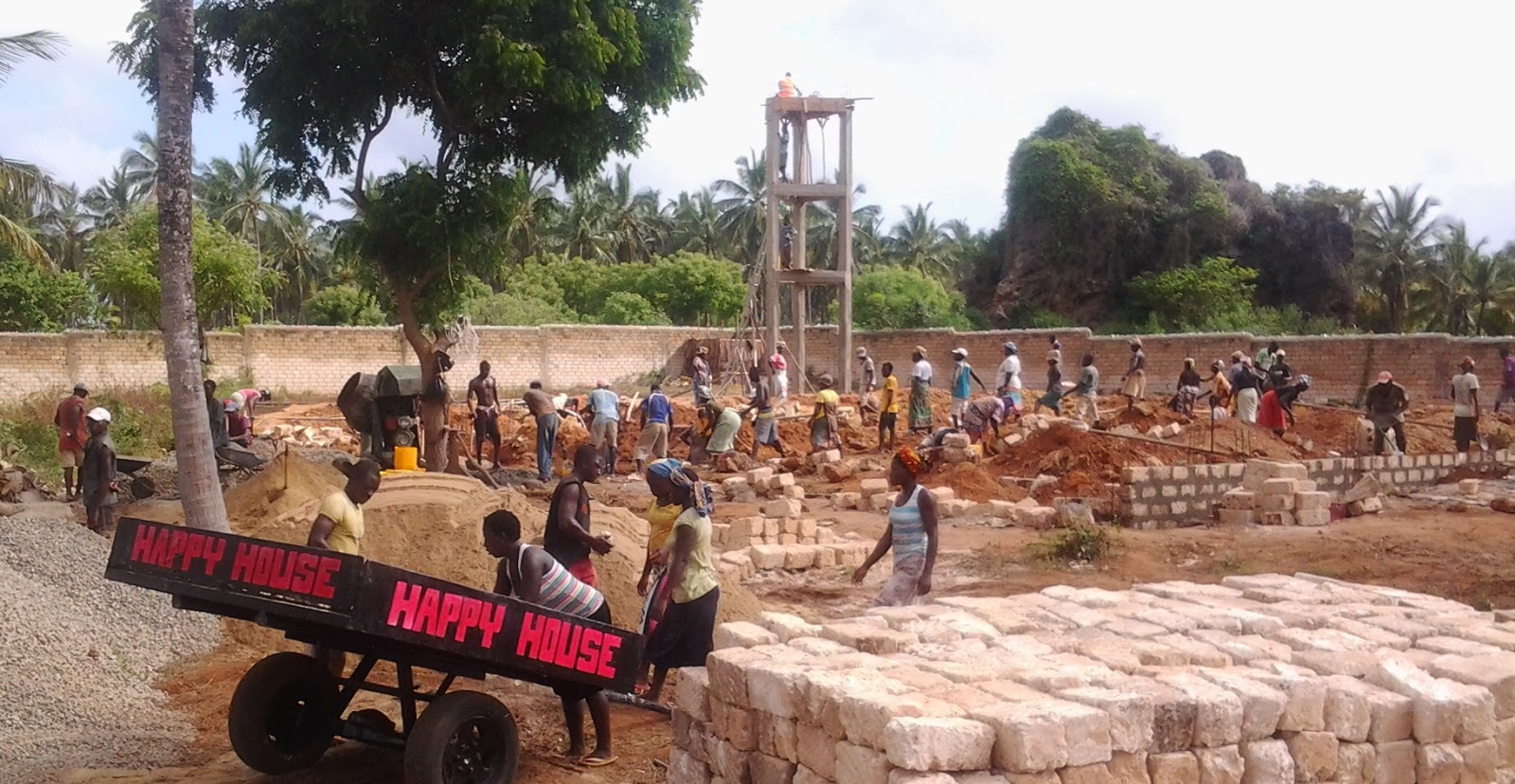 There have been many challenges facing Mama Sue and the Happy House family since she returned to Kenya in October.

The current situation, with few tourists travelling, has stagnated the local economy, and Christmas will not be the peak of the tourist season as it usually is.
When so many people are out of work and in poverty, the inevitable happens. Children suffer.
Our family has grown to 97, and that, and a change of requirements for our registration as a children’s home, has meant taking drastic action.
Having been advised that a requirement of re-registration is that our Happy House kids should go out of the children’s home environment to attend school, and knowing that so many more children are likely to need the safe haven of our Happy House, we have made the very tough decision to use what money we have  to relocate our school.
Sue and Elizabeth work tirelessly to make our family and to raise money, and had managed to build a contingency fund. which is now being used.
Thankfully, we already had the land where we must have the secondary school built and ready by January 2016, and it is big enough to take both the nursery and primary schools as well.
Now we have planning permission in place, we have started to build.
Little Chicks Nursery School  (below) has been taken down, brick by brick, makuti tile by makuti tile, and is being reconstructed on a new site using the same materials to minimise the cost.
The primary school will be going up very shortly.
This means that those rooms occupied by the school will be turned over to family use, so we can take every child that needs us.
It has been a painful and heart-searching decision.  It was not taken lightly. 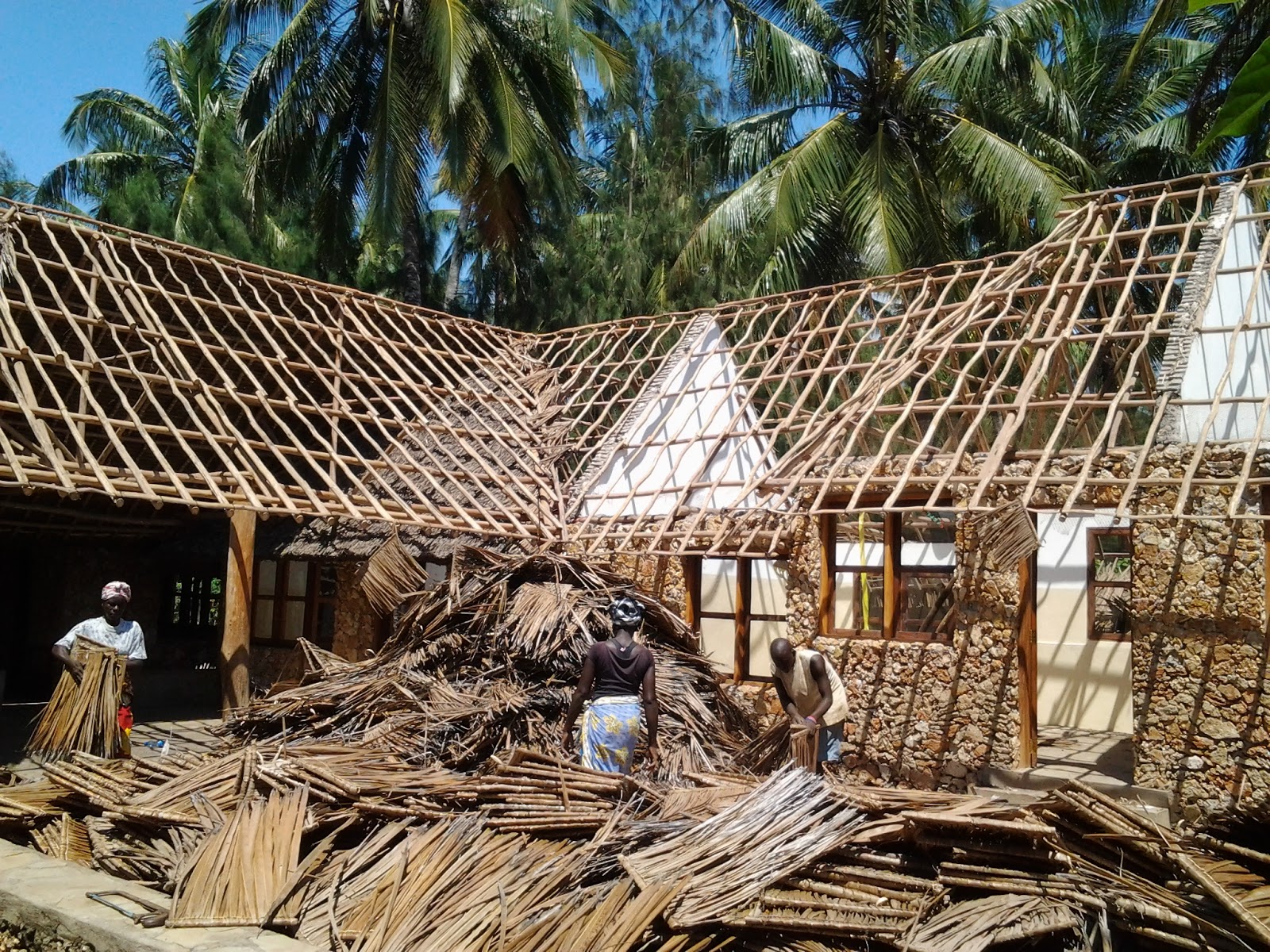 To spend contingency funds is risky, especially in this climate, but we had no choice.
We could not risk losing our registration, it is just a shame that this requirement has only just come to light. But that’s Kenya, To argue the case would just delay the inevitable and any money spent on it would be wasted. It might seem inexplicable and unreasonable, but we chose to work in their world, not they in ours.
The school will be completed by the start of the new school year in January. The site is very close to Happy House and we will be able to use our kitchen to supply school meals, and our sports field, library and computer room will remain where they are.
Mama has now told the children and they are so excited. They love the idea of going out to school every day!
The other bonus, which is a huge one, is that at a time of crisis in the community we are employing many local men and women on the site, who can now feed their families.
It’s strange how we have been forced into this now. Back in 2008, there wasn’t enough money in our charity’s accounts to build the Happy House, but Mama decided to start the build because post-election violence had brought tourism to a standstill and so many were out of work.  If we started to build, some people, at least, would have work.

We started  thinking we would have to stop when the money ran out. Thanks to those who believe in us, that never happened and our Happy House was completed in January 2010.
This Saturday, there were 60 local people working on the site. Some of the workmen have put up a hut (left) and are living there to ensure all will be completed by January.
Financially, this is a huge setback, but we go forward, as always, with hope in our hearts and unshakable faith in the goodness of others.
We know and trust that because what we are doing is right, that it will be all right. That those friends and organisations who are so loyal to our family, who have truly taken our family into their hearts, will continue to support us and that the money we now so desperately need, will come.
Since we bought the plot with money raised by volunteers Charlotte Poulter and Saskia Flower, we have called it our Field of Dreams … Mama had an inner instinct that it was where the secondary school  was meant to be.
Now the dream has taken a new turn and that field will become the place where the dreams of every child who goes to school there, over many years to come, will have a real chance of coming true.
Posted by Children of Watamu at 04:30